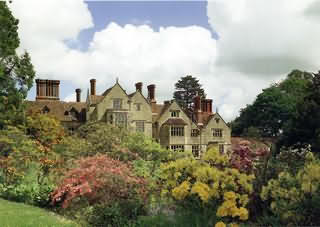 Merry Andrew Boord, the court jester and doctor to King Edward VI, is believed to have come from Borde Hill but no parish registers have survived from his day (1500-1549) to confirm his place of birth. He found life as a Carthusian monk too rigorous so he renounced his vows and became a doctor and writer of books on health care, travel and humour. In his Booke of Knowledge he states that nightingales will not sing in St Leonards Forest, which is no great distance from Borde Hill - a story repeated to this day. In 1537 a Stephen Boord of Borde Hill was brought before the Court of Star Chamber by one Richard Mathewe for attacking his wife and in 1617 Sir Stephen Boord, a major landowner in the area, was reported for causing a public nuisance by dumping logs on the road in the town of Cuckfield.

Today Borde Hill House belongs to Mr Andrew John Stephenson Clarke and its gardens are among the most beautiful in the county. It was in 1893 when he was in his early thirties, that the present owner's great grandfather, Col Stephenson Clarke, bought the property which then had a simple garden with a few good trees and shrubs. He developed it with plants raised from seeds collected by the famous plant hunters of the Edwardian era. He helped to finance some of their expeditions to the Himalayas and those of Harold Comber to the Andes and Tasmania. His greatest gift to the gardening world was the camellia Donation, raised from a cross between Camellia japonica Donckelarii and Camellia saluenensis. There are many fine examples of this camellia at Borde Hill which since 1965 has been run as a non profit making organisation registered as a charity, the objects of which are to maintain and develop its plant collection.

From yon blue heaven above us bent
The grand old gardener and his wife
Smile at the claims of long descent.
© Alfred, Lord Tennyson Теннисона